There are many masterful explanations that are given that dogs come from wolves and as such, they are carnivorous animals that should only eat meat. Completely excluding cereals such as wheat, corn or rice.

However, and although the theory is totally correct, dogs have lived with humans for many centuries. During which they have mainly fed on the leftovers of human food .

So the dog’s digestive system has also evolved throughout this time, digesting and assimilating a large amount of food that it could not originally eat. Among them is of course one of the best cereals that dogs can have, rice.

Benefits of Rice in dogs

Far from what you might think that a dog should only be fed meat, some cereals such as rice can be very beneficial in their diet.

Rice is and by far the best cereal that we can provide a dog with in his diet . It is an excellent source of carbohydrates that provides a high glycemic index, that is, a prolonged energy.

Obviously in the quantity and balance with meat protein sources is the secret of a correct use of rice in the nutrition of a dog. We cannot base a dog’s diet simply on rice, or use it as the main source of its food.

Dogs suffering from digestive or assimilation problems, such as inflammatory bowel disease ( also known as canine IBD ), tolerate low-fat diets much better , where rice can become one of the main ingredients of their diet as long as when protein levels are covered with other assimilable meat foods. 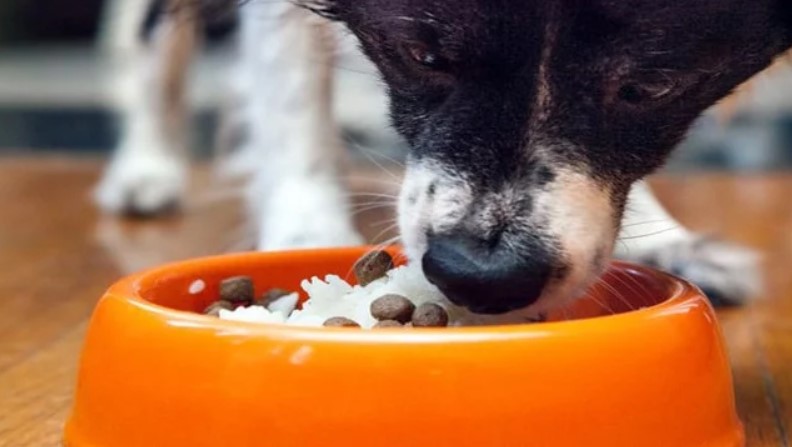 A plate of boiled rice with boneless chicken meat and / or with a raw egg is a food of high nutritional value for both healthy and sick dogs. Used in the Barf diet for dogs and in many natural diets.

So contrary to what has been said lately by forums and social networks, rice is a great food for dogs . An excellent complement to your basic diet, which must be composed of meat or fish.

However, we should not confuse rice with other cereals such as wheat or corn. Wheat or corn are practically useless cereals for a dog, which hardly provide nutritional value and are simply used as a filler to reduce costs, in (balanced) feed.

Undoubtedly, a feed that contains rice among its ingredients is a high quality feed. Although we must be cautious and look at the list of ingredients, which, by law, must appear in order from highest to lowest quantity.

There is currently an absurd trend in cereal-free dog food, based on the absurd theory that the dog should only eat meat because it comes from the wolf and blah blah blah…. In this way, they are creating ranges of feed (balanced) without cereal benefits such as rice.

What they don’t tell us is that they use tons of pulses to replace rice . Yes, you are feeding your dog with lentils and beans for the absurd fashion of not adding cereals to feed, beware, good cereals like rice. Corn or wheat we must avoid them completely.

So stop to think for a moment that it can be more nutritious for your dog, feed it with meat and a high quality and very digestible cereal like rice, or feed your dog with meat and a lot of low nutrient legumes to dogs…. Think about it the next time you buy food for your dog. 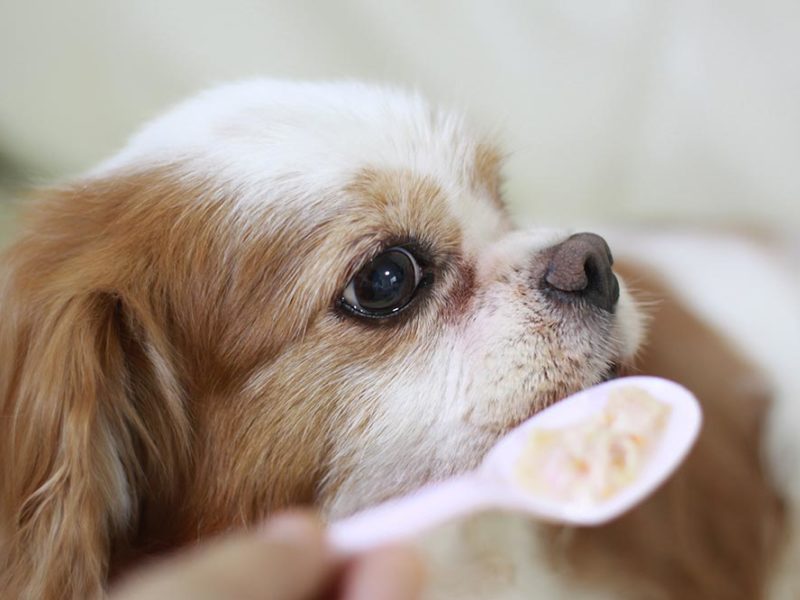 Is rice better than potato or legumes to feed a dog?

Of course, the use of potato in dog food (balanced for dogs in United States) is simply how the use of legumes such as lentil, bean or chickpea.

It is a marketing strategy to advertise cereal-free feed , implying that it is of higher quality than cereal-containing feed . Something totally FALSE. The feed that contains rice in its proper measure, is more nutritious and of greater biological value than those based on potatoes or legumes.

Obviously we cannot include here the feed that uses corn, wheat, etc … this type of cereals if they are harmful, not because they contribute to health problems (which they do) but because they have no nutritional or biological value for the dog.

Wheat and corn are simply used to cut costs in the manufacture of pre-made dog food, they are very cheap raw materials . In this way the manufacturer can obtain more benefits, reducing the amount of meat proteins and using cheap cereals such as wheat or corn.

A good dog food can include rice in an appropriate measure. And it will always be better if you include rice before you include legumes or potatoes for example. Do not get carried away by fashions or marketing strategies.

You may also be interested: Can a dog eat raw meat?