Everyone knows the saying: “They are like dogs and cats”. This suggests that these two popular pets are often anything but easy to live together. But there is another way. Some four-legged friends get along very well and even share the sleeping place. There are a few points that pet owners should keep in mind when there are cats and dogs in the household.

Dog and cat: the merging

When dog and cat meet, two different worlds collide. If the animals grow up together from an early age, living together is less of a problem. Even if the animals have always lived together with a member of the other animal species, they usually get used to it quickly. But if a new, unfamiliar family member joins the family, it could be very difficult. Here is interesting: 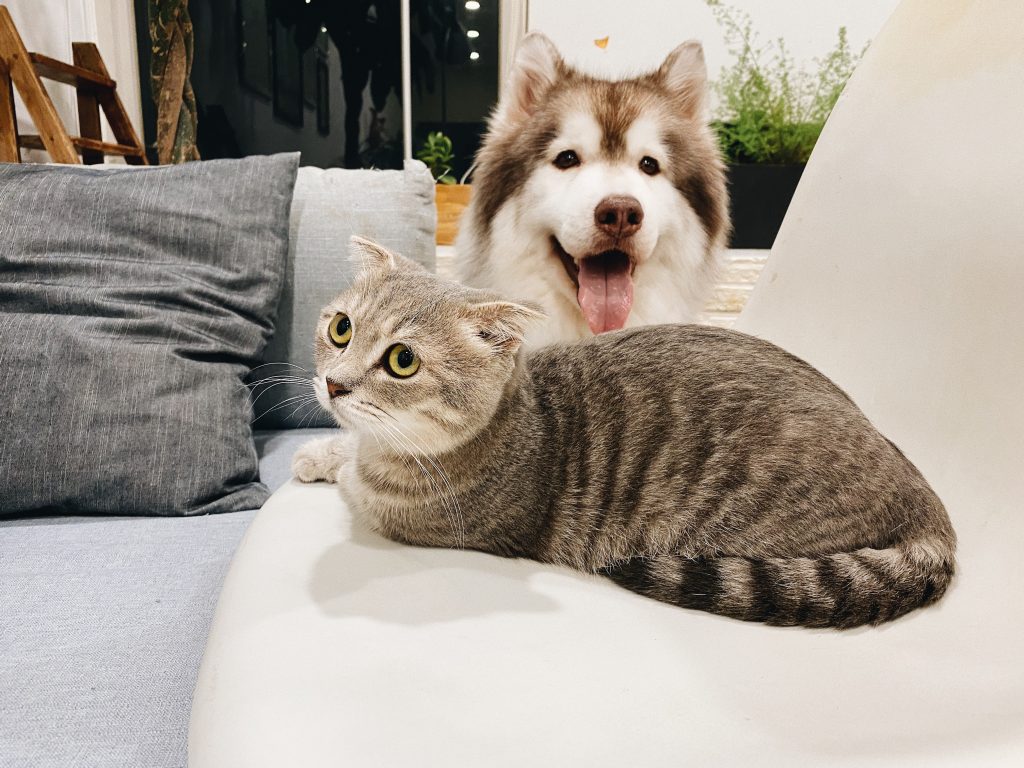 The cat is quickly integrated into an existing dog household

Problems often arise in a cat household when feeding a dog
Cats are a little more sensitive when they suddenly have to share their own household with a dog. It is important to proceed cautiously and to get the animals used to each other slowly, and especially the animals should never be left alone in the beginning. Because there are often aggressive attacks that must be stopped by the owner. If there is progress, a reward is announced. The owners can quickly run out of nerves. But it is very important to always remain calm so as not to pass your own nervousness on to the animals. It is also important not to neglect the animal that is already there. The animal feels when the owner suddenly cares less, which in the end contributes to negative impressions and memories in combination with the new family member.

If possible, the first contact should take place on relatively neutral terrain, for example in the garden, when the new animal is picked up or something similar. Each animal should be given a retreat. The biggest mistake would be to force the animals together. The lack of a risk of escape can quickly panic cats in particular.

In fact, dogs and cats have completely different ways of communicating. Both express themselves mainly through body language. But where a young dog with its rear end hops excitedly in front of a cat to ask it to play, the kitty sees a highly aggressive gesture and responds with hissing and upright hair. If she then runs away, the dog thinks in turn that she is starting a funny game of catches and happily chases after her. It can take a while for the animals to adjust to each other, i.e. to understand each other’s expressions. If the back and forth becomes too intense, people should calmly intervene. Because unfortunately both dog and cat can seriously injure the other. 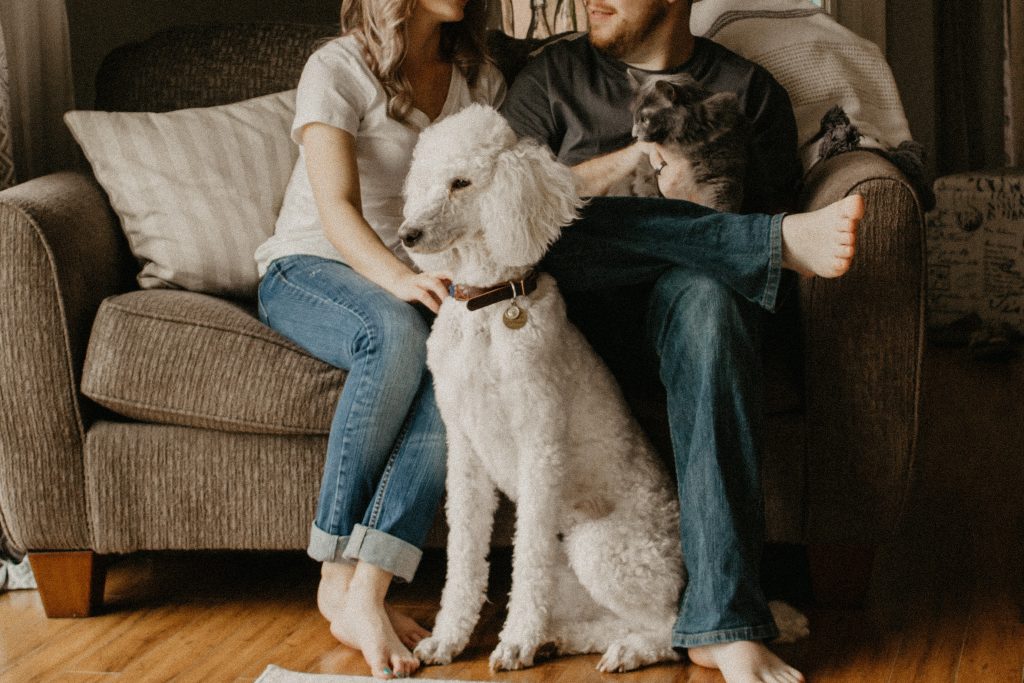 © 123RF / vvvita
Keep cats and dogs appropriate to their species

It is very important to keep both animals in a species-appropriate manner. They have different needs that should be considered individually. Each animal therefore needs its own separate feed. House training can also turn out to be a real challenge. Cats are house trained in a different way than dogs. Pet owners should deal with the specifics of cats and dogs in advance so that they can react accordingly. With the right preparation, it should work quite well to avoid corresponding problems or at least to react correctly to problematic situations. 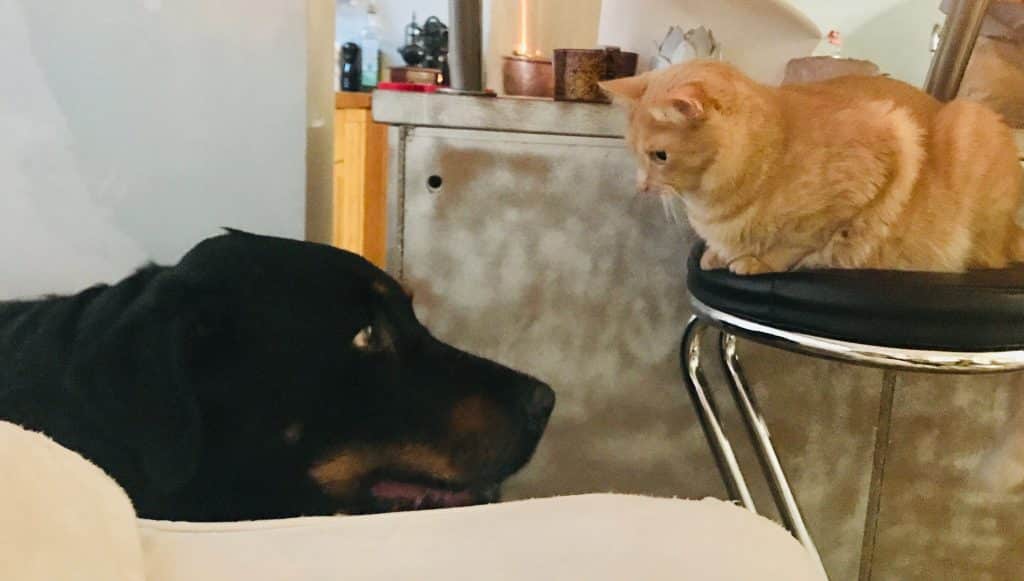 Each animal should have its own area. This is very important, especially in the beginning. Later, when they get used to each other, that can be changed. Animals that like each other begin to cuddle together themselves at some point. One should be:

Create separate sleeping places
Set up separate food and drink bowls
separate toys
So that the cat has its own and above all safe area, it makes sense to place the bowls elevated. So you can be sure that the dog cannot penetrate the cat’s territory. Such a measure can prevent disputes. There should also be a distinction when it comes to toys. If the animals get along well later, they also like to share their toys. Sometimes cats and dogs become so good friends that after a while they even share the bed together. However, pet owners’ efforts can also be unsuccessful. Some animals just can’t smell each other. If living together means constant stress for everyone involved, then it must actually be considered to find another home for one of the animals.

I love pets especially dogs and cats. I have created this website to spread useful information about pets and to help people to take care of their pets in a better way.
Back to
log in