There are currently more than 300 breeds recognized by the FCI. Each breed has different characteristics and today we are going to talk about those that have a strong chest . 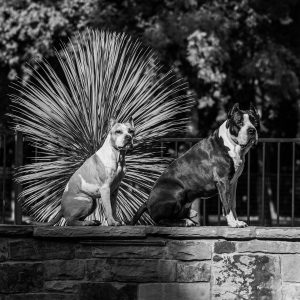 It is a breed very loyal to its owner, brave and protector of the family. It has a marked character and, like any breed, well trained it is the perfect life companion.

With an American Staffordshire, joy and fun at home is more than assured. 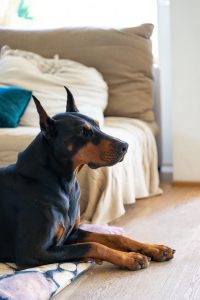 The Dobermann is a breed with origins in Germany and is one of the first to bear the name of who made its existence possible.

It is a dog with a strong chest, of medium size, muscular and with a courageous character as well as friendly and peaceful.

Considered a utility, companion and protection dog, it is a breed widely used by families for their protection and to enjoy hours of games with children. 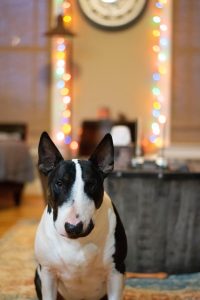 The Bull Terrier is a dog originating in England with a vigorous, muscular, well-proportioned constitution, with a lack of stop due to its “egg” shaped head.

With a fun, cheerful character and a lively expression, it is a dog with which you can spend the most entertaining moments with its jumps and turns in moments of excitement. 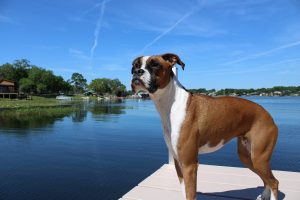 The Boxer dog breed is originally from Germany and is one of the best known breeds as it is one of the most suitable for children.

A faithful , affectionate, nervous dog that endures any “kennel” by the smallest of the house.

Its morphology is known for its short, straight and strong hair with a muscular short and square structure. Medium in size with a flat nose, with a calm and balanced personality but very self-assured.

It is a dog also used for the protection of the family as it tends to be distrustful of strangers. 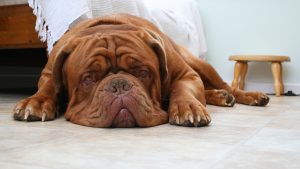 The Dogue de Bordeaux dog breed is one of the oldest French breeds. Used for fighting, hunting, and keeping livestock.

Currently, it is a dog widely used for the defense of the home and the family since it is a loving and faithful dog very attached to its owner.

It is a brachycephalic and molossus dog, with a wide and very muscular structure, athletic, stocky and imposing.

You have to take into account their physical appearance, their strength and marked character in most males. Perfect for the family and for the guard of your home. 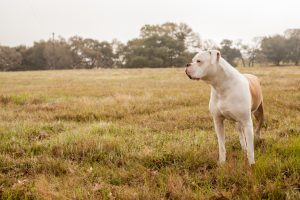 Although the American Bulldog is not an FCI recognized breed, it is a breed with a strong chest and we wanted it to be on this list.

Original breed from the Southeastern United States and with a strong character as well as balanced. Used for the protection of livestock and for hunting big game, it has a medium size and a compact and hard physique.

Although it is not a breed of the best known and was about to become extinct, every day it gains more followers due to its nobility, beauty and character.

Its morphology presents a very well marked stop, long and flat skull, round eyes of medium size. As for the coat, it must be smooth, short and close to the body.