The Epilepsy is a chronic disease of the nervous system due to the occurrence of abnormal electrical activity in the cerebral cortex . It causes sudden attacks characterized by violent seizures and loss of consciousness and affects people of all ages. According to the Health Organization (WHO), about 50 million people suffer from epilepsy, which makes it one of the most common neurological disorders. However, humans are not the only ones exposed to this brain disease .

Epilepsy is at the top of the pyramid of neurological problems that dogs can suffer from. And it is one of the veterinary consultations that cause the most concern and anxiety for the human companions of our furry friends.

There is no specific definition of epilepsy in dogs, since it shares an enormous degree of similarity with what humans can suffer from. This occurs when there is an excess of electrical activity of neurons in the animal’s cerebral cortex. The anomaly can be caused by multiple reasons and can be repeated several times in the life of the dog since the origin is found in structural lesions of the brain.

A canine epileptic seizure is more frequent in males  than in females, according to various veterinary studies published throughout the last two times and  usually faces when the dogs are puppies . Luckily, veterinary science knows (almost) everything you need to know about epilepsy in dogs to safely address it. 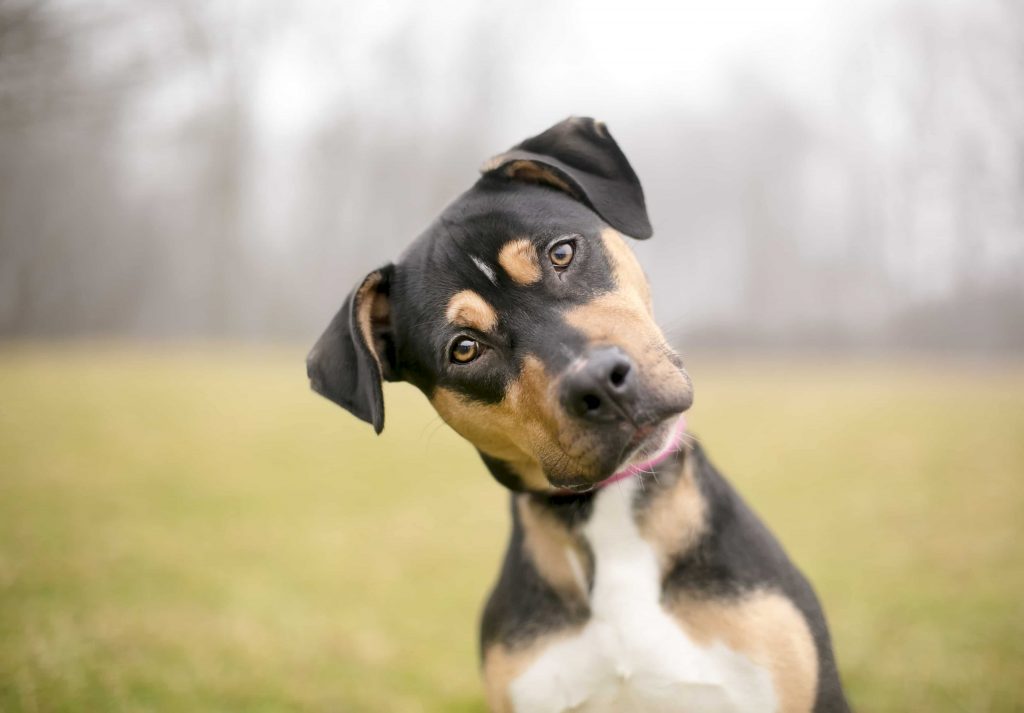 As with people who suffer from it, just because a dog suffers from it does not mean that it is not healthy. Epilepsy can be controlled and minimized as long as dogs with epilepsy are adequately treated and promptly given. As in all health problems, the sooner we detect it, the better, since tackling it in its initial phase will allow attacks to be greatly reduced.

The causes for suffering it as well as its consequences are very different. Once again we ask you not to search the solutions online, as only the specialist will determine what is the best way to contain epilepsy in your partner.

Symptoms of an epileptic fit in dogs

What are the symptoms?

At the discretion of the veterinary Zucely Flores, the animal goes through three phases in each attack: before the attack, during and after, and this will mark the times and the symptoms:

In the first stage the dog will become restless and seek attention. This can last for a couple of minutes or much longer, depending on the animal. Then comes the attack phase, when you manifest muscle contractions for a few minutes. You may produce more saliva than normal and lose control of your urinary or anal sphincters. This is part of the process, so don’t bother with your pet about it. Finally, in the third phase, the one that comes after the attack, your pet may experience behavioral changes due to brain exhaustion. You may be very disoriented and scared. At that time you should accompany him and give him affection.

If the pet is diagnosed, the vet will analyze the possibility of giving it drugs with which the central nervous system can be kept relaxed, preventing seizures from being triggered. Most dogs that take this type of medication can become overweight, which is why Flores also recommends controlling your pet’s weight and ensuring that it maintains an adequate diet. 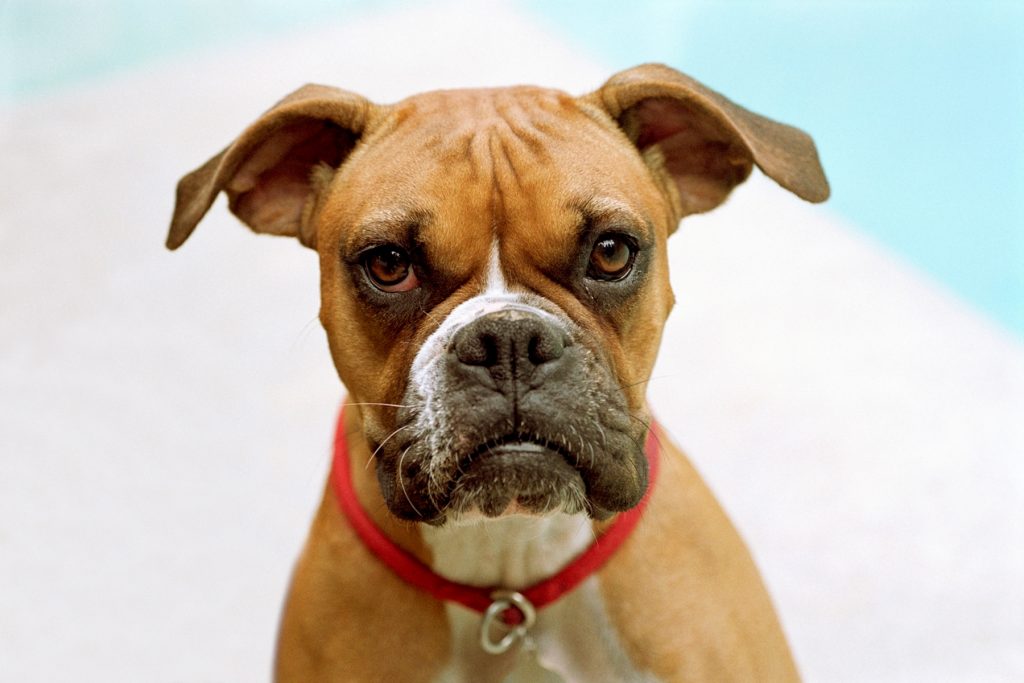 The symptoms of each attack will depend on where the electric shocks originate . If it is in the entire cerebral cortex the animal will fall to one side of its body, looking stiff and pedaling incessantly. In this type of attack the dog manifests excess salivation, defecation and urination.

The attack can last about a minute and a half, and then begin with the symptoms of the last stage (postictal), the dog begins to run disoriented, colliding with any object that is around him.

On the other hand, if the attack is partial , it is due to injuries to the sensory area, and it is characterized by manifesting itchy attacks in some part of the dog’s body, causing itself to mutilate itself. This type of epileptic seizures is very frequent in dogs that have suffered distemper and were left with this type of injury in their cerebral cortex.

How to deal with an epilepsy attack

It is essential to act calmly during an episode of epilepsy. When owners observe symptoms prior to an attack, it is advisable to place it on a mat or pillows , a matter of not getting hurt during seizures. During the episode you should not try to stick your tongue out because it can be bitten very hard. After the episode, let the animal rest easy and recover.

Epilepsy in dogs is one of the most common neurological conditions. It is important to understand the symptoms and go to the vet to indicate the most appropriate treatment that reduces the appearance of these episodes that cause so much fear, both in the animal and in its human family. Has your dog suffered from any epilepsy episode?

This is the most difficult question to answer. Because the answer is only one: keep calm.

We should also prevent the animal from being injured when it seizures, remove possible vomit or foam from the nose to keep its airways clear and measure how long the seizure lasts.

We should never wet it with water or try to open its mouth.

Treatment for epilepsy in dogs

Epilepsy is neither cured nor has preventive treatment . What medications can do is reduce the clinical signs of the disease to minimize its effects, but nothing more. Therefore, the idea of ​​your vet will always be to reduce the frequency, severity and duration of attacks.  For this, antiepileptic drugs (phenorbital and potassium bromide) will be used.

Although the most important thing to treat this disease is regular monitoring at your trusted veterinary clinic to measure and evaluate the disease process.

In the past, epilepsy in dogs was associated with large breeds, but today this no longer seems so clear and even the idea is dismissed as overly general. More and more medium and even small breeds present it.

How to act in the face of an attack?

This pathology is usually a distressing episode for owners, especially when it is the first time it happens to your pet. First, it is essential to go to the vet with the slightest suspicion. The expert will be in charge of informing about the disease, as well as establishing patterns that contribute to the animal’s well-being .

It should be noted that we can ‘predict’ when our dog will suffer an attack, which will present abnormal behavior. He will be restless, nervous, will seek attention, will bark for no apparent reason, and may even urinate uncontrollably. This phase is known as ‘aura’ . Faced with this delicate and confusing situation, you should remain calm and not be angry with him so as not to scare him further . The symptomatology is similar to that of people who suffer this same pathology and is manifested through seizures, which can be of two types: generalized or focal. While in the former, the attack affects all four limbs and usually leads to loss of consciousness, in the latter, seizures may involve only one side of the body, one limb, or the face.

When an attack occurs, that is, an energy discharge in the brain that causes it to stiffen and fall to the ground with jerky movements. Also, you may not control the potty training. First, you must safeguard the animal by placing it in a position that will not hit or fall from a high place. It is preferable to place him on a fluffy surface , but always on the ground, so that he does not get hurt at the moment of muscle contractions. During the attack, you should not try to stick your dog’s tongue out. After the episode, in the post-ictal phase , she will feel exhausted, uneasy, confused and disoriented, so she should be allowed to rest until she recovers. You may have temporary blindness and deafness. Usually,the ictal phase can last from a few seconds to several minutes . In case it is prolonged, you should go to the vet quickly.

You may also be interested: How Can I Treat My Dogs Ear Infection At Home – Basic Effective Tips