Today, dog and cat owners have chosen to give raw meat to their pets without considering how harmful it is to their health, since it contains bacteria and parasites that can cause intestinal infections, as well as affect growth in young dogs and cats.

Eating raw meat can cause both mild and severe intestinal problems for your cat, depending on the amount and quality of meat she eats. This means that some meats are more harmful than others, because they contain more bacteria or parasites that affect the vital organs of these pets.

According to experts, raw meat contains up to 80% of bacteria that can even be transmitted from animals to humans if no preventive measures are taken. This means that owners should not get too close to an animal that is infected with any bacteria or parasites from raw meat such as chicken, fish, beef, etc.

To mention one example, scientists have found bacteria like Listeria monocytogenes in raw meat. This organism grows inside cells and can produce listeriosis, and is one of the most violent pathogens with a mortality rate of 20-30%, much higher than other toxic food infections.

Another bacterium found in raw meat is Staphylococcus aureus, which is one of the causes of various skin diseases and affects the gastrointestinal tract.

As if that were not enough, another bacterium that scientists have seen in raw meat is salmonella. This is another pathogen that cats sometimes possess without humans noticing it at first sight. For this reason, pets should be taken for regular medical check-ups, especially if the owner has fed them raw meat.

There are also cats that show symptoms when infected with salmonella. The most common signs for people to know that the cat has been affected are vomiting, fever, diarrhea, abdominal pain, and weight loss. If your pet has any or several of these symptoms, take him to the emergency vet.

In addition, it should be noted that some of these bacteria are immune to the antibiotics indicated to counteract them. Therefore, they are strong bacteria and difficult to eradicate, so infection of any of them will have quite negative and sometimes long-lasting effects on cats. 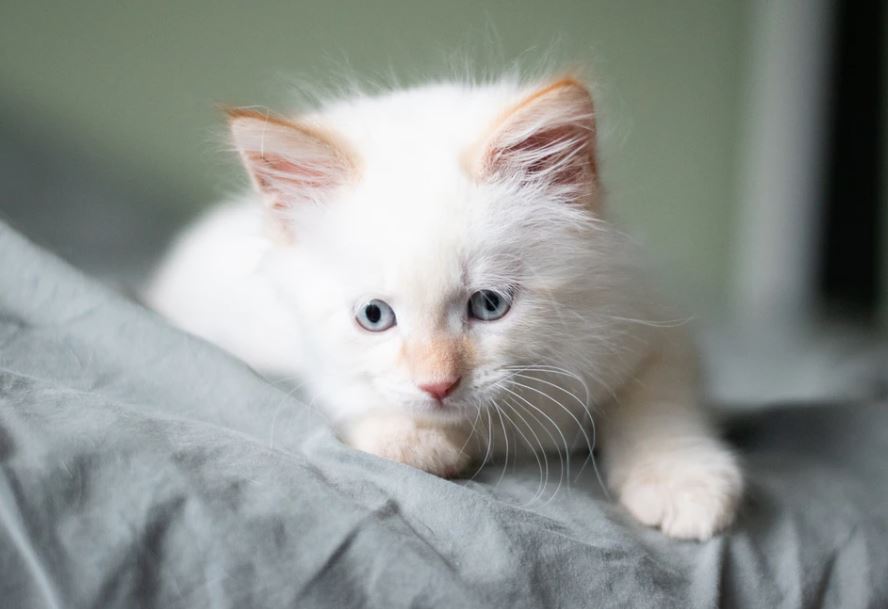 In many cases, diseases in cats produced by eating raw meat can be transmitted to humans. For example, Salmonella is a bacterium that affects both animals and humans, so it has become one of the best known zoonotic diseases worldwide.

In addition, cats can suffer from toxoplasmosis, a disease that also comes from eating raw meat. Even dogs can get this disease.

The main symptoms of toxoplasmosis are vomiting, diarrhea, difficulty breathing, paralysis, among others. The disease also affects the neuromuscular system. For this reason, you should take your pet to the vet for the necessary treatment. In most cases they will be antibiotics given orally, in about four weeks.

Toxoplasmosis is another of the most common zoonotic diseases, meaning that a human can also be infected with it through the infected cat.

Escherichia coli bacteria in the kidneys

Eating raw meat leads to kidney failure caused by Escherichia coli bacteria. The most common symptom of this is increased urination, i.e. the animal urinates more times than normal. In this case, the treatment will also be antibiotics, which must be given in the time indicated by the veterinarian, otherwise the cat will not improve.

Furthermore, it should be noted that, although these are the medicines indicated to counteract the bacteria, they are not applied to all expenses or dogs, as each animal is unique and has particular needs. In addition, they may be allergic to the components of some medications, so pre-treatment tests should be performed to rule out any allergies that could worsen the animals’ health. 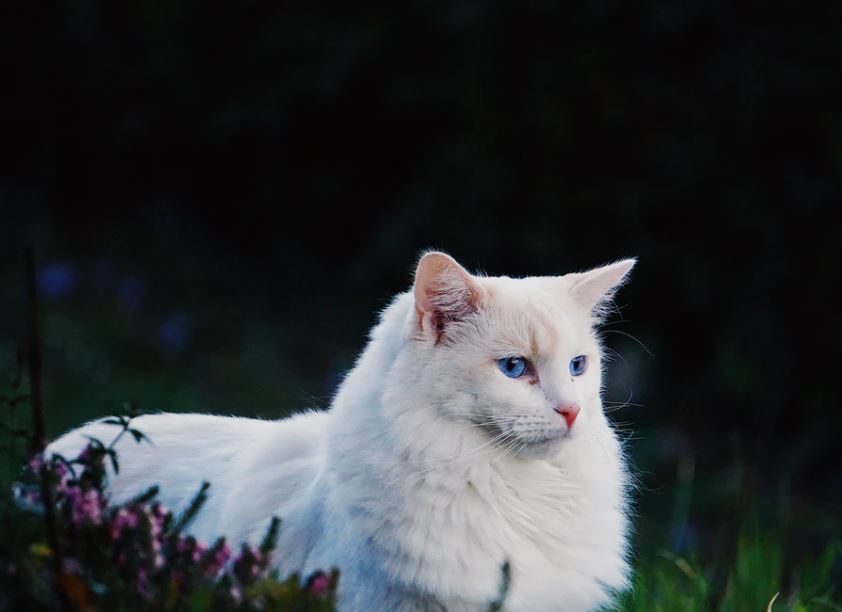 How to avoid problems with your pet’s food

If you want to feed your pet without risking the health of the pet or your family, give it cooked or specialty foods. In addition, although there are several options on the market, we recommend that you choose the best cat food on the market, so that it provides the necessary vitamins or minerals for optimal growth and development of the animal.

On the other hand, in addition to providing high quality homemade food, it could be a good alternative to give the animal concentrated or commercial food, as long as it is adjusted to its age, breed and size. Also, before choosing the food, we suggest that you take your pet to the vet, so that this professional can define the cat or dog’s diet to be appropriate.

Returning to the subject of prepared food, though, you should never forget that hygiene is fundamental to avoid the proliferation of infections or illnesses through the food consumed by pets.

In addition, to prevent disease, experts recommend especially not giving raw meat to pets that live with infants, the elderly, or those with a weak immune system, as they are more vulnerable to infection.

On the other hand, if you provide your pet with a home-made diet, you should keep the meat intended for your pet’s consumption frozen in a separate place from the food for human consumption, as well as the kitchen utensils for preparing their food should be different. This is to avoid contamination between foods, if they come from different origins.

We also recommend that you wash your hands thoroughly before and after preparing your pet’s food, as this will prevent infection by bacteria or parasites.