When a person has a very close relationship with a dog, one can read the other’s mind. They both know what he means by his tone, his manner, his expressions, and even his gaze. However, when a person interacts with other dogs, it may not be so easy to interpret the dog’s language.

That is why it is so important to learn common cues, to safeguard the comfort and safety of everyone involved. We teach you the eight most important gestures of canine language!

The body language of dogs is complex, and can mean different things depending on the situation. Here are eight gestures of canine language (movements that your dog makes) that humans do not know how to interpret on many occasions since they have many meanings taking into account the personality of the dog and the moment in which both the dog and the dog meet. love. Pay a lot of attention.

The eight most important gestures of the canine language 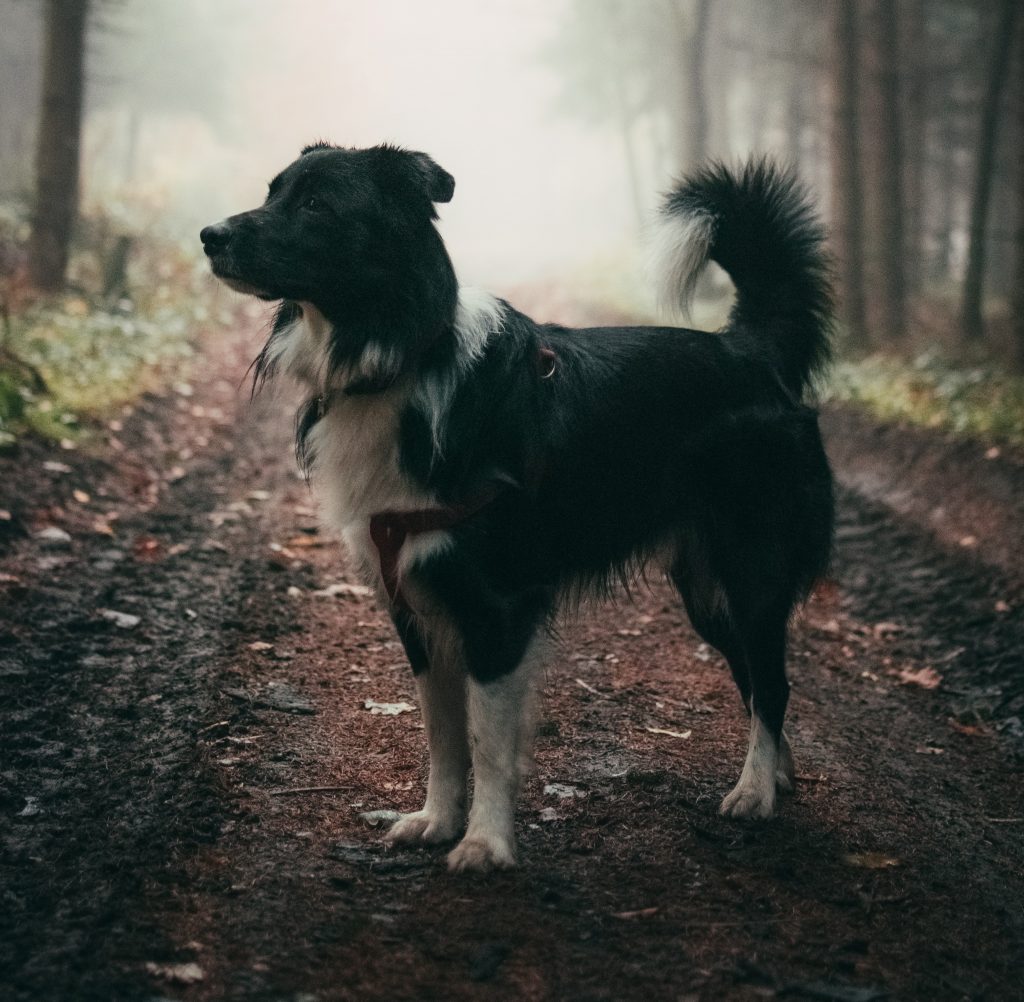 Everyone knows that a dog wags his tail when he is excited or happy to see us, although they can also do it to represent other emotions. Psychology Today magazine explains the different types of “tail wagging” :

It is true that dogs show their teeth and growl when they are defensive, scared or need to show aggression , but it is also normal for them to express themselves through friendly growls. If your dog, or someone else’s dog, is playing with you and lets out a low growl, don’t be alarmed as long as the rest of his body gives the signal that he’s having a good time. Of course, it is important to monitor the position of their ears and their tail well so that you are always in control of the situation. Remember that  if the game gets too physical, you should move on to a more relaxing activity. 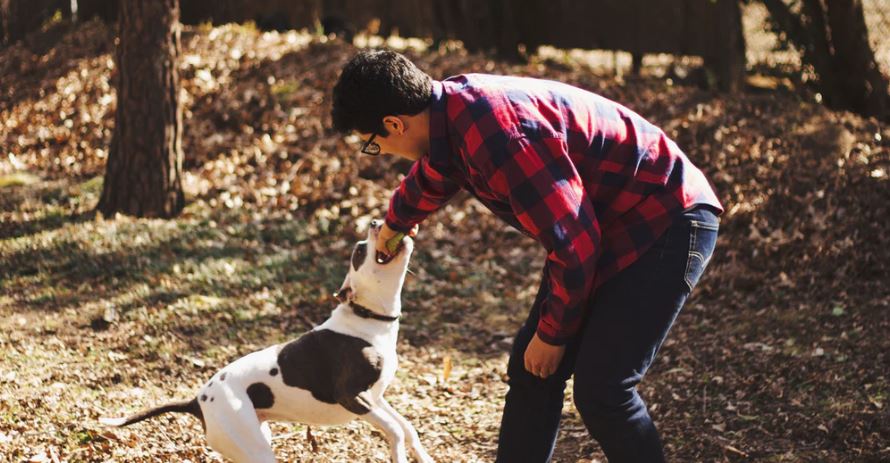 Maybe you’ve noticed an open-mouthed, teeth- peeling expression when your dog waits for you to toss his ball, and you’d swear he was smiling. So it was, but there are also other smiles that do not indicate happiness . In the first instance, there is a s

Assess the situation to determine how your dog is feeling, and if it is someone else’s dog who is “smiling,” give him some space until trust between you builds. 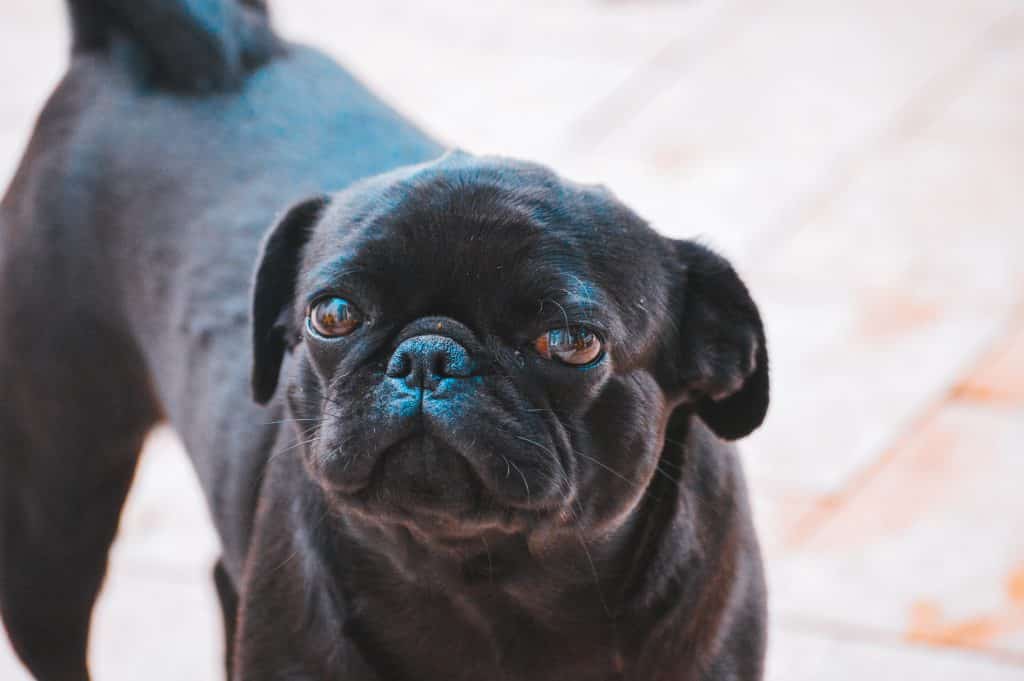 If a dog flattens his ears against his head , it can mean a number of things. But if it is a dog that you just met makes the same gesture, it is best to keep your distance . In addition to licking its lips, this is also a distinctive sign of fear or discomfort, especially when its tail is lowered or between its legs.

If the dog’s ears are down, but its tail is high and it moves quickly, the situation can get dangerous because they are signs of aggression .

However, if the dog’s ears are back and his expression is soft (perhaps while stroking his head or if he approaches with wagging his tail), don’t worry. He’s just relaxed and happy to have your full attention. 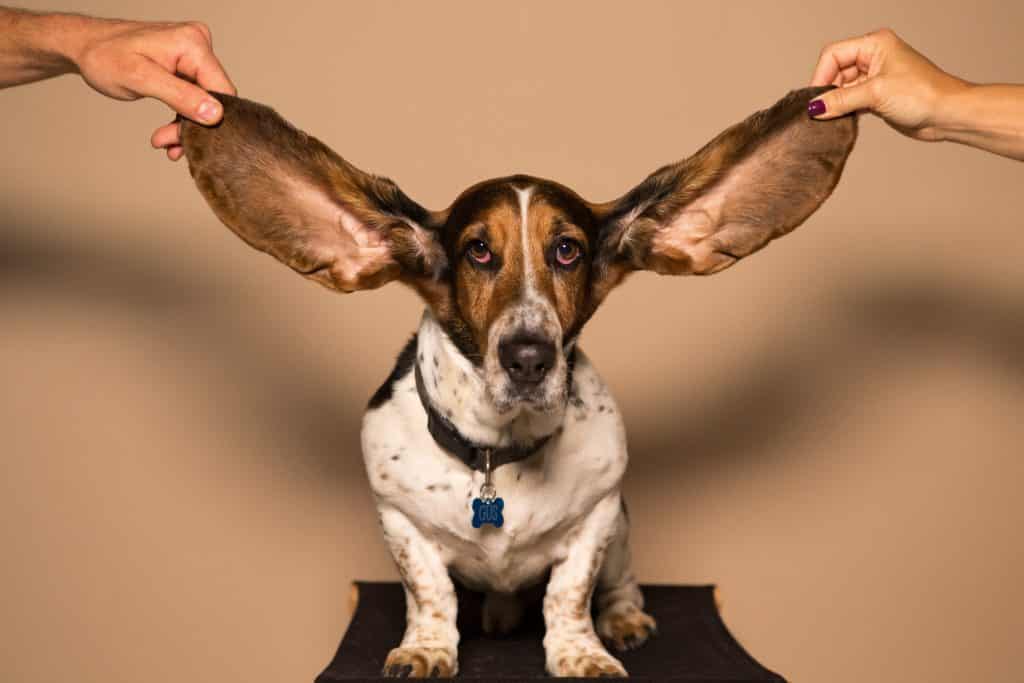 As in the previous example, eye contact can mean different things depending on the context, the human, and the particular dog. The general rule of thumb is that a human should not look a newly met dog in the eye because this can be interpreted as a threat.

With that being said, dogs make eye contact with their humans when they want to communicate something, and can even gaze lovingly into the eyes of people they trust. Dina Fantegrossi, veterinary technician, writes: “In 2015, a study published in a scientific journal reveals that the level of oxytocin, a hormone associated with attachment and nurturing, increases in both the human brain and the dog’s when they look at each other. to the eyes. “ 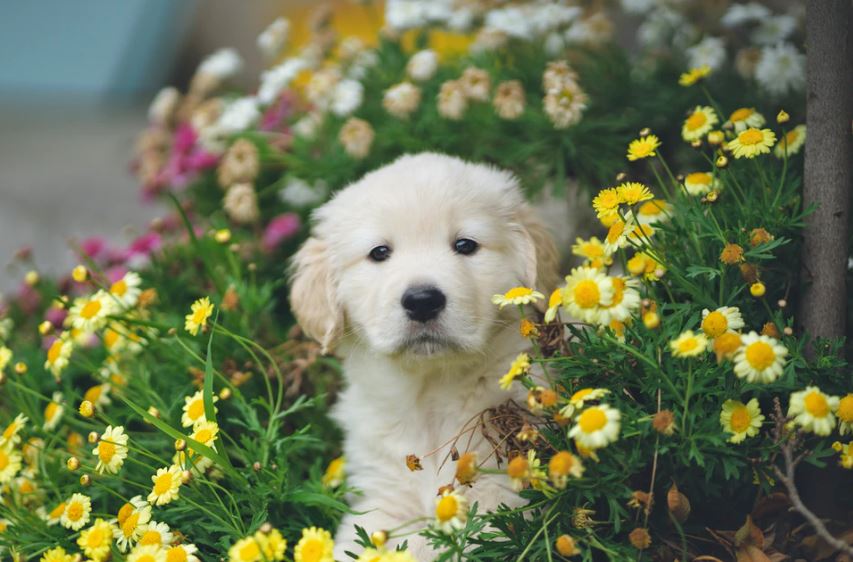 6. If your dog is panting, he may simply be hot or stressed …

You probably know that dogs pant to cool off after vigorous activity, but this can also be an indicator of how they’re feeling. Panting can be a sign of stress, so if your dog is doing it without being hot or tired, pay attention. If it is a dog you do not know, give it space and try to avoid sudden movements that scare it. If it is your dog, think about what may be the trigger for that stress and try to avoid that situation. 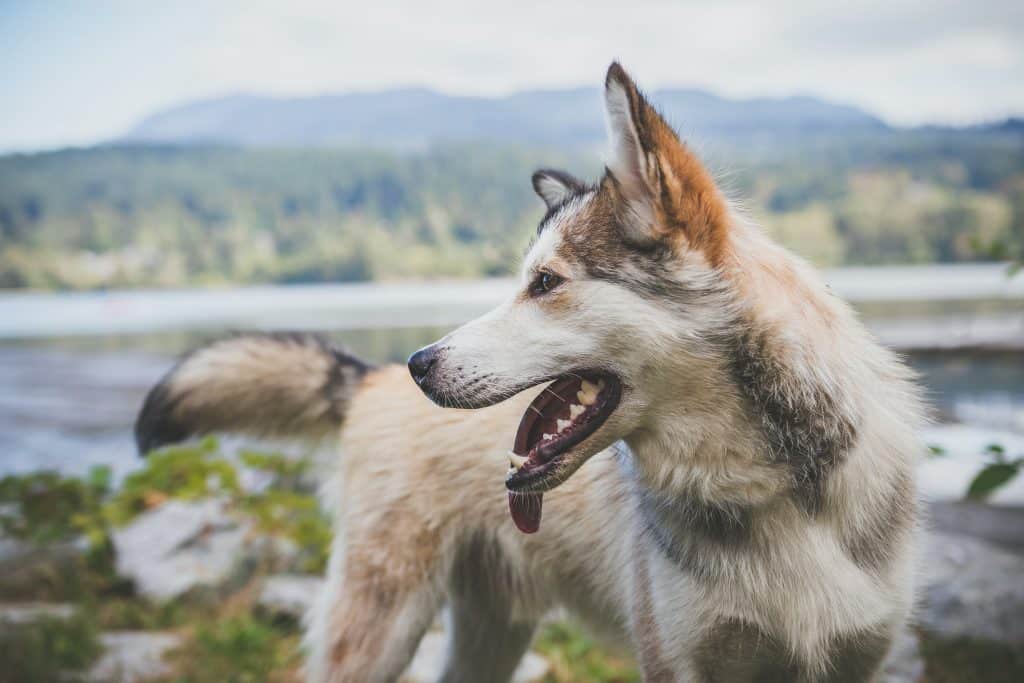 It does not always mean that they are sleepy or tired. Ironically, it is just the other way around. Dogs yawn when they feel anxious, stressed, or confused . They can also do it when they anticipate an exciting event, such as a ride in the car or a walk with their human. Dogs sometimes yawn as a calming signal when they meet new friends to let them know they are not a threat.

Another curious fact is that the yawning of dogs and humans is contagious to each other. This indicates that they are capable of empathy ! 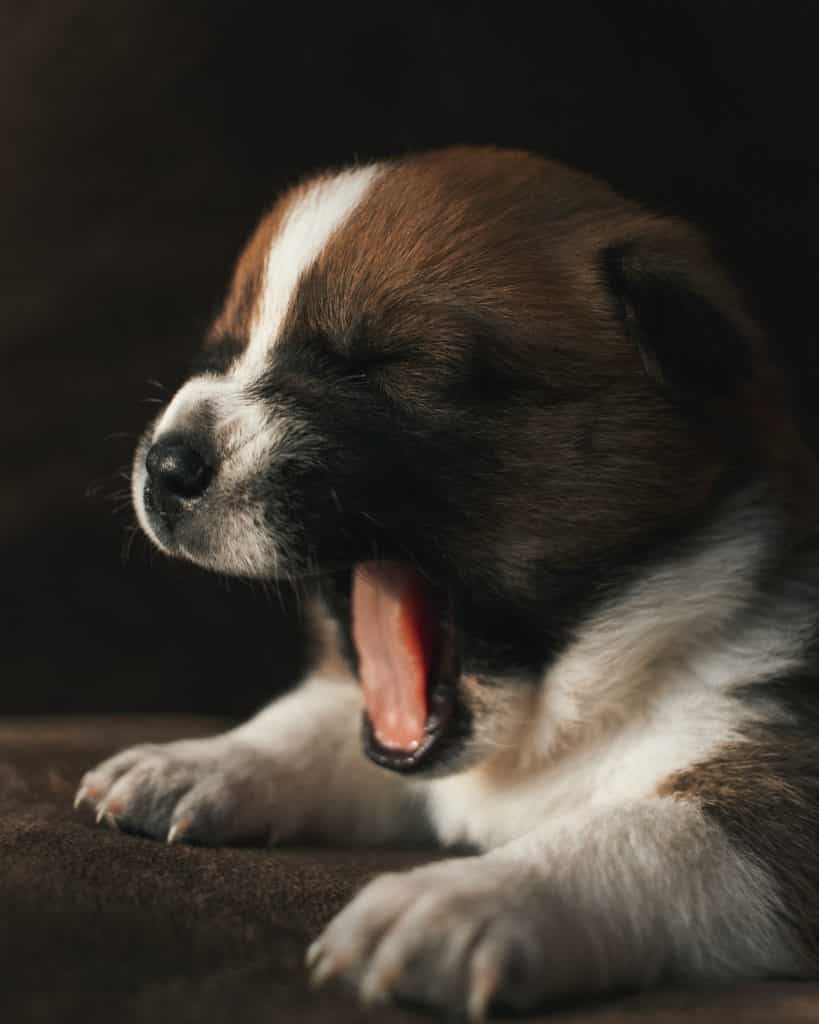 8. What does it mean for a dog to lick itself?

The culprit is not always a juicy piece of meat. Just like when yawning, a dog licks its lips to show calm and to show that they do not want to look for trouble. It can also indicate fear, nervousness or stress, so if your dog licks his lips a lot, study what may be the source of his discomfort. 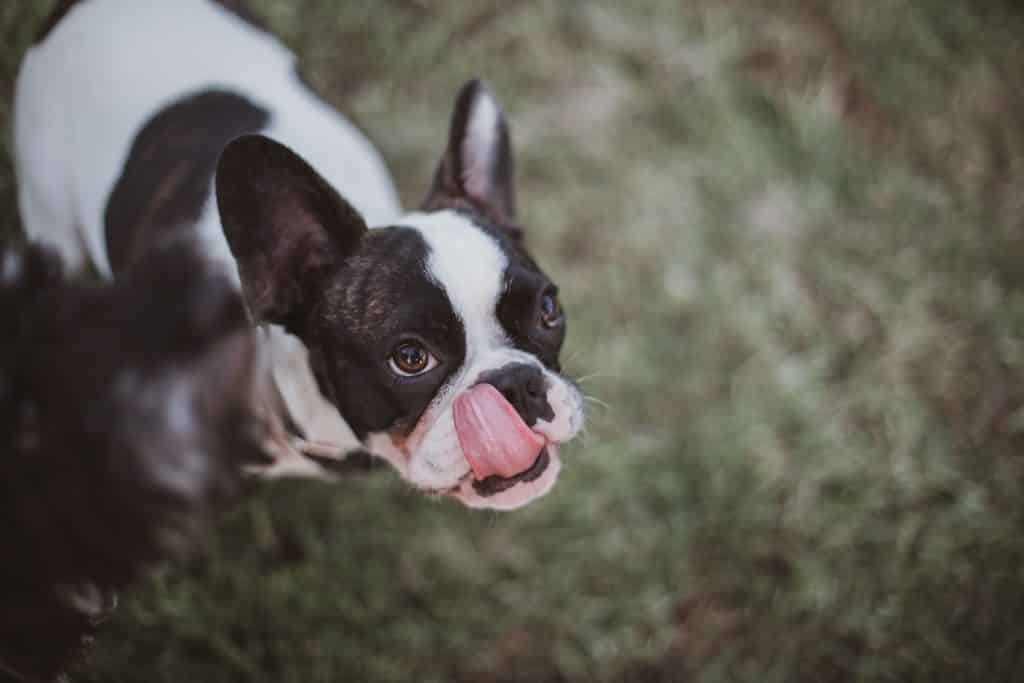 It is important that we know how to interpret the signals that our dog sends us through these gestures since thanks to it his life and ours will be much easier.