Group 2 of the FCI incorporates a large number of breeds, with such diverse characteristics that we have decided to divide it into three groups , according to the three sections that compose it; although the Swiss Cattle Dogs are next to the mountain dogs or Cattle dogs . In this article we are going to talk about section 1: Pinscher and Schnauzer.

These are dogs that were originally used as shepherds and also as buzzards, but mainly as guardians on farms and farms , hence we find brave and loyal dogs that, except exceptionally, maintain common physical characteristics, with short hair. and alert face. If you want to know more about the races that make up the group, you have come to the right place.

Races that make up the group

The races that make up the group are very varied although they all have common traits. 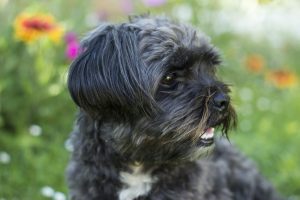 This little German buzzard has been living in homes almost since its appearance. From the pinscher group, it receives the affectionate nickname “monkey” (Affen in German) as it is a cheerful, fun and energetic dog . This, together with its small size, made it soon enter the European courts. Its adventurous character and docility make it perfect for traveling. But the Affenpinscher is a true Pinscher so he is protective and familiar. Perfect for the whole family and all families, as it adapts to all homes and lifestyles. 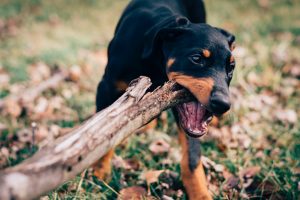 The Dobermann is one of the dogs with the most black legend and that generates the most fear of all we can find. And yet, we are before a faithful, loving, cheerful and loyal dog. That it is true that it can exercise surveillance and guard duties and will do it better than anyone, but it is designed to be the best dog in the world . Although it is not a dog for everyone. He is energetic, hard-working, and intelligent, which can cause him to become destructive if bored or locked in.

And in the family, it is a dog that gives everything. Who distributes and gives love, looking for games and sports. Far from the image that has been formed of him from film and television, the Doberman is a close, cuddly and docile animal that, yes and like all dogs with a high level of protectionism, needs early socialization. 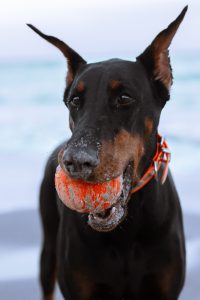 Very similar to the Doberman (after all, it is the origin of the other breed) the German Pinscher is a very lively, intelligent and self-confident dog . Medium in size, it is very very muscular, something that shares the family with the Schnauzers, but without losing its elegance and proportions. Although it is perfectly adapted to living with a family, it will only give its loyalty to one of the members of the household, so it is important to educate it from a puppy so that it does not become surly.

It is a very temperamental dog and it is difficult to define the personality of the German Pinscher: if each person is a world, in this breed there is a whole universe! But they have something in common: they are excellent athletes and will require more and more time to run and walk. Luckily, if you have children, it is a dog that will enjoy playing with them and that can avoid long sessions outside the home. 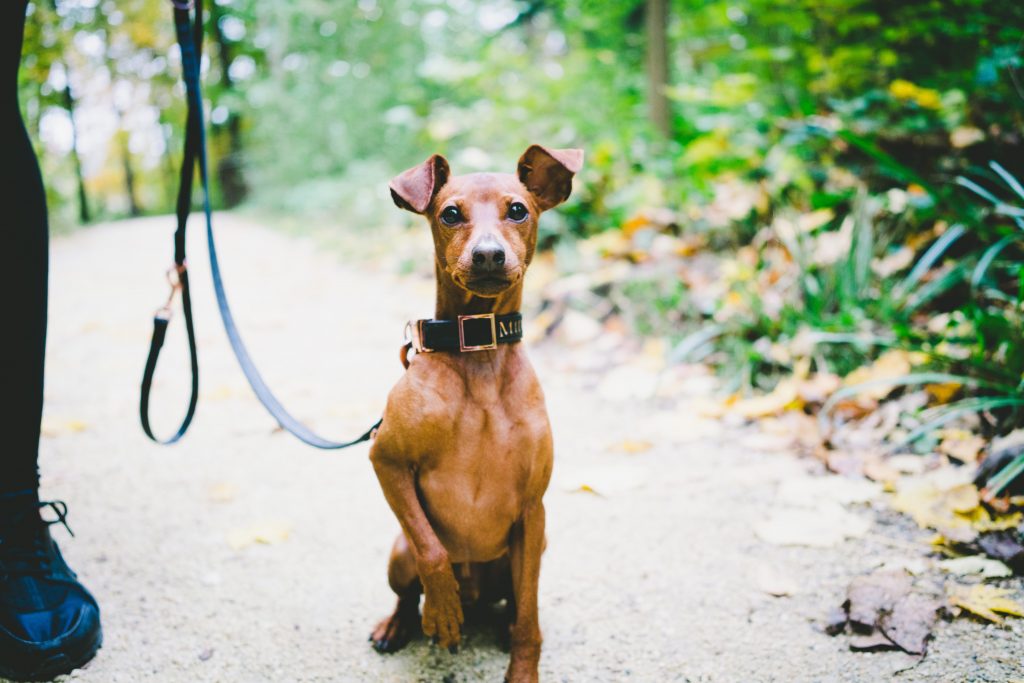 The miniature pinscher is  one of the most energetic and genius small dogs in the animal kingdom.  He has a lot of vitality and an excessively dominant character. For this reason, it is very important to train him from a young age with obedience classes. As a good pinscher he will be protective, intelligent and always alert, after all, he has terrier blood.

Due to its small size and appearance, many think that we are dealing with a miniature doberman, but this is not the case. He looks alike physically, he is affectionate, like the Doberman, but stop counting. He has an overflowing energy and does not know how to stay still; He is the least obedient of all the races in the group and, as you let him, he will become the leader of the pack. Be careful and do not underestimate the intelligence of a dog, that this little one can be more dictatorial than any cat .

The Austrian Pinscher is a working dog that for centuries has been present on farms to be used as a cattle rancher, buzzard, guard dog and self defense dog. However, it never entered homes and after World War II there were practically no specimens left in the world. At present he has recovered, forming a dog that shows absolute devotion to his family , being as affectionate with them as he is distrustful of strangers. That is why it is essential that it be socialized from a puppy.

This little Danish dog is one of the most common in Scandinavia thanks to its versatility. Thanks to his intelligence and his desire to learn, he is able to carry out almost any activity and adapts to all situations . In addition, it is affectionate, loyal but barking and always alert, which makes it more common in rural areas and continues to act as a sheepdog and farm guardian. Something that suits him well, since he is really energetic. It is, perhaps, the most uncomfortable for us of all the races that we present in this article. 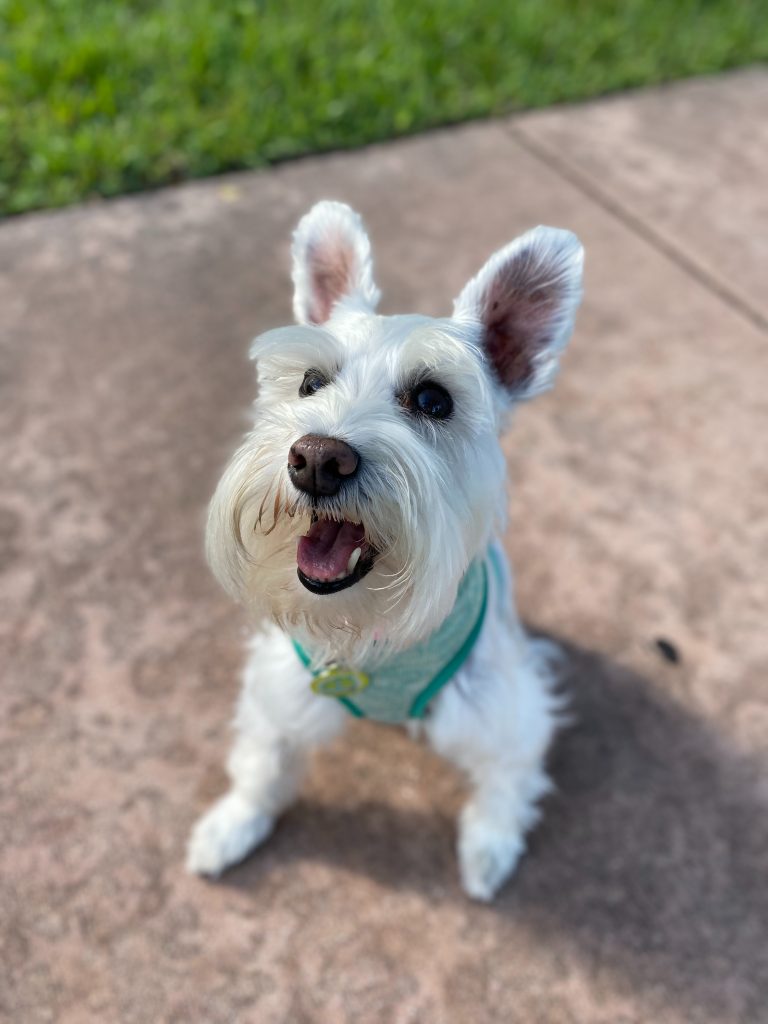 The Schnauzer has above-average intelligence and is curious, creative, and sometimes stubborn, requiring an equally intelligent and creative family that is capable of staying one step ahead of him . In addition, it requires being trained firmly and consistently. They are really loving but they will have to be the center of attention or they will find a way to be. 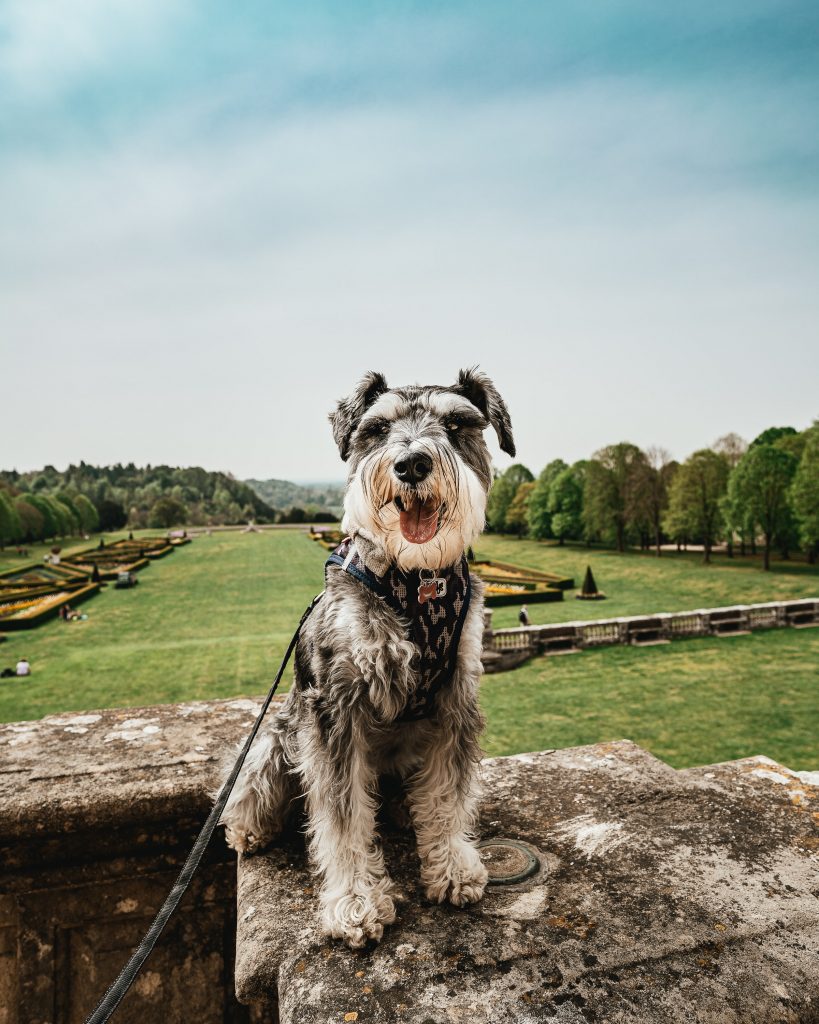 The Giant Schanuzer is, as its name indicates, larger, vigorous and stronger than the medium. His hair is rough and hard, but he maintains the image of the Schnauzer, yes, enlarged. It possesses qualities for defense , if it is trained for it, as it is deduced from an aspect that offers a respectable dog vision. Luckily, it is very prudent, persevering and its temperament is balanced, which together with highly developed senses, makes it also used as a search and rescue dog. 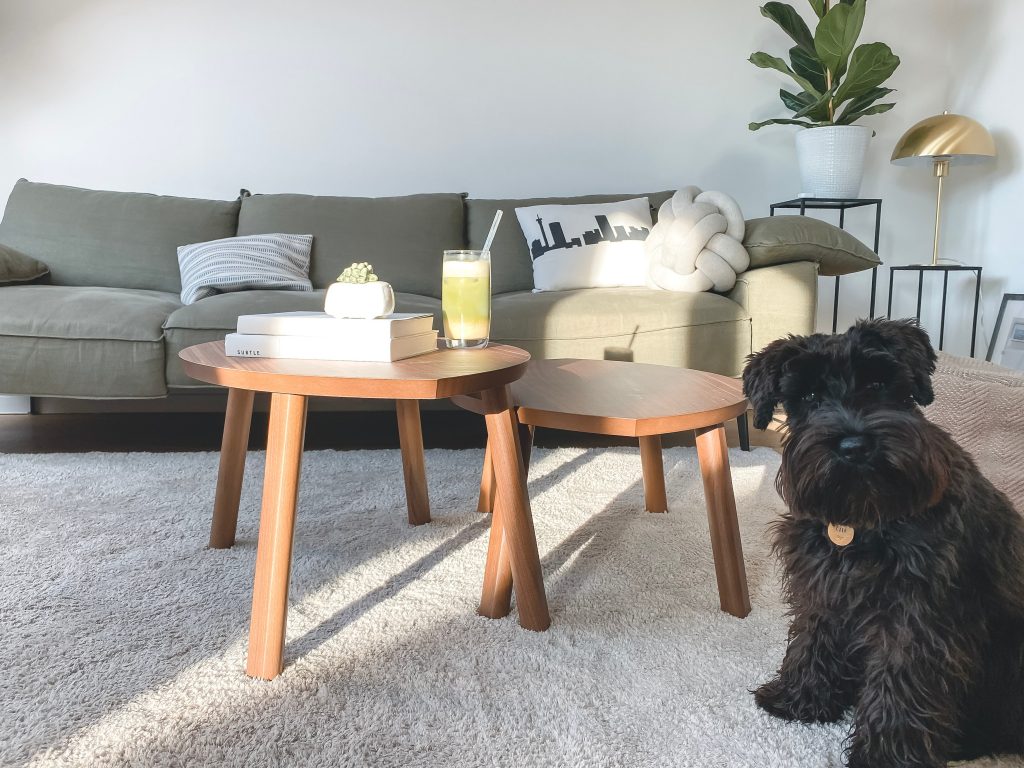 The Miniature Schnauzer is the smallest of the three breeds (because they are three different breeds), and also the one with the roughest hair, although it does not lose the image of being a graceful elegant dog. Luckily, the breed has managed to avoid the defects of dwarfism that can be observed in other toy dogs. Their characteristics correspond to those of the Schnauzers but are reminiscent of those of a small dog due to their behavior and temperament . He is prudent, fearless, intelligent, and persistent. unfortunately he is very vocal and much more barking than his older brothers 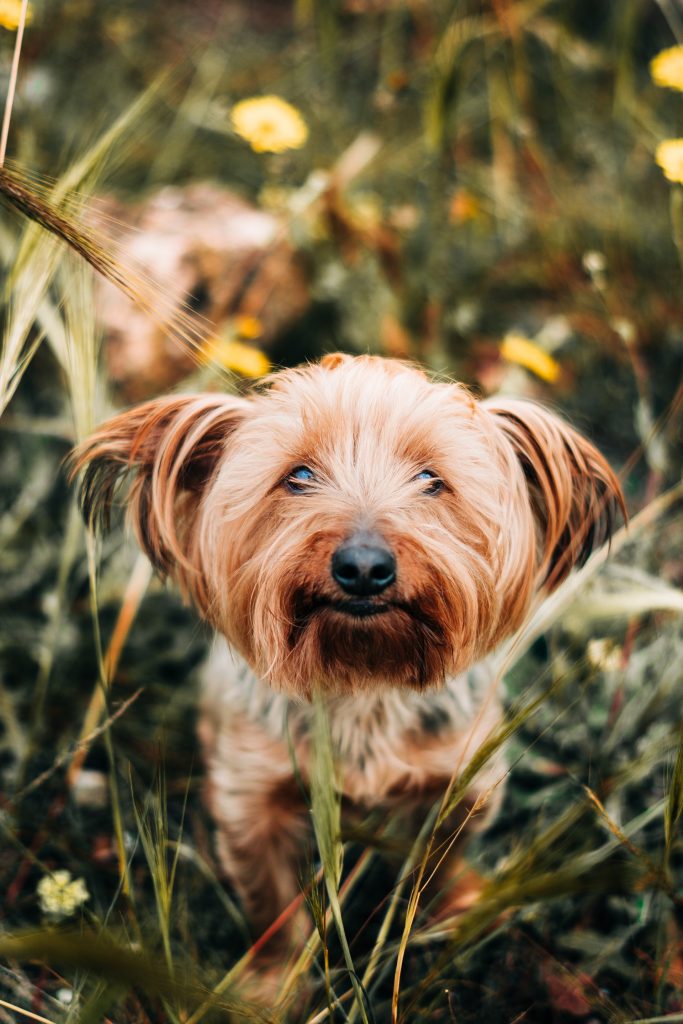 Also known as the Dutch buzzard , this dog is very similar to the Andalusian winemaker in terms of energy, personality and size. He enjoys pleasing his family, but he will also want you to love him back with games and caresses. Unfortunately, he is excessively vocal, and will bark to warn you that the postman has arrived, that there is no food left or that you have not given him enough play, so it is essential to educate him since he was a puppy in the “silence” command. For the rest, he is a very sociable dog, who gets along well with everyone.

The last of the dogs that we present is the ‘Black Pearl of Russia’ or, simply, as ‘Blackie’, the Black Russian Terriers  are oriented towards dealing with people  and will require you to be with you at all times. Somewhat troublesome considering its size. They are fully devoted to their families , and they don’t require much care by not shedding a lot of hair. However, they do bark a lot and are usually distant with strangers, humans and dogs they don’t know, so you will need to introduce your guests formally. In fact, this terrier (which only has a name for a terrier) is a perfect watchdog.

Characteristics of Pinschers and Schnauzers

These dogs have a strong and attractive personality that makes them highly loved and sought after. Although it is true that there will be a variety of characters between Pinschers and Schnauzers , but what everyone agrees on is that, in addition to what we tell you below, they are extremely affectionate. Among its common characteristics are:

Because of their origin and the traditional use of them, they are truly brave dogs. Able to face any danger if it means saving your family . However, this characteristic that could be a virtue, becomes a defect if we do not put limits on the animal. Lacking fear, he can get into any serious trouble (and mess with him) as no matter the size of his opponent, they will face him. It is very important to educate him to obey our orders.

If this group of races stands out for something, it is because of their loyalty. Not surprisingly, the Dobermann was created from other breeds of the group to get the perfect work companion, who mixed obedience, bravery and loyalty. That is, they are dogs that will give their lives for their owners but will not give their loyalty to just anyone . Therefore, we recommend that you try to cover all their needs to get the most value from your dog. Also, the infinite loyalty they show you must be rewarded in some way.

This is perhaps the most prominent feature of this group of races, and is a compendium of the previous two. The result is an almost perfect guard and guard dog. But this can backfire if he becomes overprotective. He thinks that it is not simply that they can attack strangers; Poorly polite overprotection can cause them to become gruff and barking . Therefore, it is important that these dogs have a socialization from puppies.

Also, remember that some of the dogs of this breed are considered potentially dangerous dogs and this makes their training and education even more important . If a dog that needs to protect its own is not taught how to act in each situation, it can end up being the real headache.

Are you thinking that a big dog can’t be a lap? These races are the clear example of the opposite. They are affectionate animals, who seek human contact and who do not do well to spend a lot of time away from their family. They require affection and time and they return that love with true devotion. It will be one of the family , so if what you are looking for is a dog that leaves you time for yourself, these are not the best option.

They are working dogs that have adapted to the home. For this reason, the breeds in this group are extremely energetic that they need to vent themselves with daily exercise. So if you are a rather sedentary family, you are going to find yourself with a serious problem: unspent energy + intelligence = boredom . And that means that the dogs will look for what to do and possibly decorate your home in their own style.